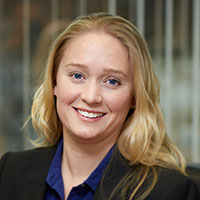 This Fresno Superior Court case stemmed from injuries alleged by the plaintiff following a dog bite. Plaintiff pled causes of action for both strict liability under both statute and common law as well as general negligence.

This Fresno Superior Court case stemmed from injuries alleged by the plaintiff following a dog bite. Plaintiff pled causes of action for both strict liability under both statute and common law as well as general negligence.

The dog at issue was originally purchased by

Plaintiff’s counsel contended throughout the litigation that the defendant should be considered the owner of the dog at issue. Specifically, it was contended that residing with the client for months was sufficient to support ownership and that the few day departure from the defendant’s home was insufficient to relieve the defendant from this role as owner under the law. Prior to the filing of the motion for summary judgment, Plaintiff’s counsel served a C.C.P. § 998 offer for $49,999.00.  In response the defendant served an offer of dismissal for a waiver of costs after making the position regarding the lack of liability clear and through the development of discovery.

When the offer to resolve for a waiver of costs was not accepted, Katherine Marlink filed a motion for summary judgment on behalf of the client alleging that the residency in the home alone was insufficient to declare the client an owner as a matter of law as it applied to dog bite cases. Relying on testimony from the client’s daughter that she always considered herself an owner and that the client also lacked other incidences of ownership as set forth in case law, Marlink set forth a compelling argument that the defendant was not an owner or even at keeper of the dog at the time the incident occurred.

After opposition and oral argument by the parties, the Court agreed that Plaintiff could not establish that the defendant was an owner or a keeper of the dog. Marlink’s motion for summary judgment was granted and a final judgment in the matter entered in favor of the defendant including the ability to recover some of the costs incurred during the course of the litigation.