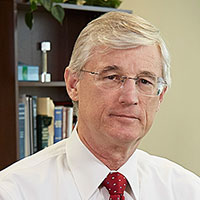 Claimant was involved in an automobile accident with an underinsured motorist in 2003 and subsequently settled with the third party for the policy limits in late-2006. The claimant expressed a desire, through counsel, to pursue an underinsured motorist claim pursuant to the terms of his automobile policy. By 2015, the claim remained unresolved with attempts to bring the matter to completion hindered by a failure of claimant’s counsel to respond to requests to select an arbitrator.

Relying on correspondence from counsel that purported on its face to be a formal demand for arbitration, Brian and Katherine filed a motion to dismiss the underinsured motorist action on the basis that arbitration had not been completed within 5 years of the demand pursuant to Insurance Code section 11580.2(i)(2). The motion was denied with the court holding that despite the clear language in the demand; strict compliance with the provisions of Insurance Code section 11580.2(i)(1)(C) requiring notice sent in writing by certified mail, return receipt requested.

With no formal demand for arbitration made after the ruling,  Brian and Katherine filed an action on behalf of the insurance company seeking declaratory relief that the claimant’s unreasonable delay in making a formal demand for arbitration now barred any claim for underinsured motorist benefits under the policy pursuant to case law, including Allstate Insurance Co. v. Gonzalez, (1995) 38 Cal.App.4th 783. After the action was put at issue, Katherine filed a motion for summary judgment contending that there was an unreasonable delay now barring any claim. The motion was opposed and following hearing, the court agreed and held that the claimant had unreasonably delayed in making a formal demand for arbitration of his claim for underinsured motorist benefits thereby barring the pursuit of his claim in relation to the 2003 accident.